Wasps are considered as pests although they are actually effective against garden and agriculture pests (they feed on insects harmful to garden trees and shrubs), this is for two reasons: one is the wasp’s painful sting, which in some cases can endanger human life (allergies or multiple bites), and the second is because of the places where wasps build their nest (often in close proximity to human habitation or even inside attics, structural cracks and grooves, shutter boxes, windows, air conditioners vents, walls, etc.).

In Israel there are two main types of wasps:

Each type has different characteristics, but they also share many features. Thus, we will first give a general description, next we will focus on each type separately, and finally we will explain what needs to be done to exterminate wasps in a safe, efficient, quick and proper manner.

The Queen is the one constructed by the hornets’ nest and building materials used in the wasp are chewed wood fibers mixed rock and soil , after Ken wasps usually ready to spring the female lays eggs from which the wasps develop operating .

The wasp queen takes care of the nest and eggs until the worker wasps emerge and from this moment they are responsible for maintain the nest maintenance and caring for the offspring. They bring prey, clean, etc.

In ideal conditions of food and temperature, a wasp nest can reach a size of between 20-30 cm in diameter and contain thousands of wasps.

Before the end of the summer the new males and queens emerge and go on a mating flight in which the females are inseminated.

In the winter time the nest is destroyed (in relatively hot places in the world, about 10% of the nests survive the winter. The fertilized females are the only ones that survive until the summer (they hibernate in various hiding places until the summer).

When spring comes around, the queen wasps emerge from their hiding places and begin the construction of new nests and so forth.

The German Wasp:
The length of the German wasp is about 1.3 cm and it is yellow and black with three black dots on its head. The German wasp’s nest is usually on the ground or very close to it. Its location of the nest can be identified by the massive air traffic of wasps in the area. It feeds on fruits, sweet drinks and meat, and it has a very painful sting.

Wasp control is done by locating the nest and then spraying and dusting it with the appropriate pesticides.

The Oriental Wasp:
The Oriental wasp is very common in the Mediterranean area. The size of the queen ranges between 2.5 and 3.5 cm, while males and worker wasps are smaller. The colors of the Oriental wasp are black and brown with yellow stripes and it has hairy legs. It feeds on nectar, fresh fruit, and insects. It causes severe damage to beekeepers because it attacks hives and kills the honey bees.

The Oriental wasp, which is often also called a hornet, is the most intimidating among the wasp species, mainly because of its size and also because a nest can contain hundreds of wasps. In case of an attack they can cause death, but it’s not a common thing, they usually do not attack for no reason. Even when we come to exterminate a nest, the wasps go on with routine lives without any awareness to what is happening to them.

The American cockroach, in its professional name, or giant cockroach,...

Management and Maintenance of Houses and Apartments in Jerusalem

As a professional exterminator I often visit houses that remain...

number of children and their tendency to leave all sorts... 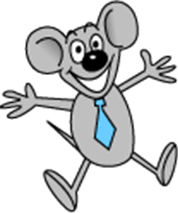